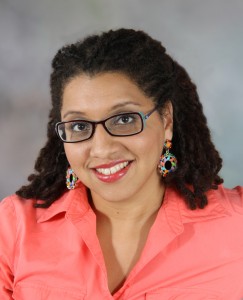 I find that students are often curious about our trajectories – how did we become professors? How did we decide to become scholars and professors? Well, here’s my story. From an early age, I always wanted to travel, learn foreign languages, and experience different cultures. I was born in Virginia, but lived in Okinawa (Japan), New Jersey and New York all before the age of 10. From then, I grew up in my mother’s hometown of Fayetteville, North Carolina, where my family’s roots go back before the arrival of Ft. Bragg army base. I moved to the Big Apple in 1997 to attend New York University.

At NYU I was active in the AAP (Academic Achievement Program), a program to help build retention of first generation students of color.  During my sophomore year I learned about the Robert Holmes Travel Grant offered to students in AAP. Thanks to this grant, I traveled to Venezuela to do a research project on the African influence on Venezuelan religious festivals. It was only after doing this research that I learned that what I had done was actually “cultural anthropology.” I had chosen my major. 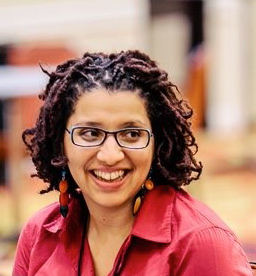 During the rest of my time at NYU, I took advantage of other travel and research opportunities, which exposed me to the possibilities of a career in research, teaching, traveling, and learning that only a doctoral degree can offer. In the summer of 1999, I participated in the Leadership Alliance Summer Research Early Identification Program (SR-EIP) program at Howard University, where I had the opportunity to work with Dr. Michael Blakey at the Montague Cobb Biological Anthropology Laboratory, which housed the remains of the African Burial Ground Project. The following summer I participated in the Leadership Alliance International Research for Minority Scholars Program, which sent me to London for a ten-day orientation at the School of Oriental and African Studies, and then Cape Town, South Africa for two months to study the politics of history and memory at a local migrant labor museum. The following year, I studied abroad for seven months in Salvador, Bahia, Brazil, where I became fluent in Portuguese. I earned a Bachelor’s degree in Cultural Anthropology and Africana Studies in 2002. I have also studied Yoruba language, and spent two months in Nigeria working with a women’s rights non-governmental organization and conducting research on the trafficking of women and children. These travel and research opportunities, as well as a few inspiring professors, encouraged me to pursue a doctoral degree. 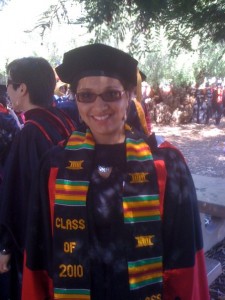 After conducting eighteen months of ethnographic fieldwork on the cultural and sexual politics of the transnational tourism industry in Salvador from 2005 to 2008, I was a Dissertation Fellow in the Department of Black Studies at the University of California at Santa Barbara in the 2008-2009 academic year. I completed my Ph.D. in Cultural Anthropology from Stanford University in January 2010 and became an Assistant Professor in the Department of Sociology and Anthropology at Spelman College in Atlanta, GA in August 2009. I earned tenure and was promoted to Associate Professor at Spelman College in April 2015. 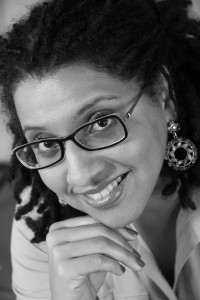 During the Spring 2012 semester, I was a Mellon/HBCU Fellow at the Franklin Humanities Institute at Duke University. I have held fellowships from the Future of Minority Studies Project (2011) and UNCF/Mellon Faculty Programs (2009), and received the Vulcan Materials Teaching Excellence Award in 2013. My first book, Sex Tourism in Bahia: Ambiguous Entanglements, was published by the University of Illinois Press in 2013.

I also lead a five-week summer study abroad program in Salvador that has brought ten to fifteen Spelman students to spend five weeks in Brazil each summer (2011-2015).